An abbey for the duchess, a burial place for the queen

‘This beautiful grave shelters with dignity
Matilda, of royal blood and of remarkable moral value.
Her father was Duke of Flanders, and her mother Adèle
Daughter of Robert King of France
And sister of Henry who took seat on the royal throne.
United in marriage to the magnificent King William,
She founded an abbey and built this church,
Of so many lands and precious goods
Endowed and hallowed by her will.
She was providence to the miserable, full of goodness.
Dealing out her treasures, she was poor to herself
And rich to the needy.
Thus she gained her Eternal dwelling,
On the first day of November following the hour of prime*’.
*The office of prime is the first daily office celebrated in the early hours.

The Ladies’ Abbey in Caen

The Ladies’ Abbey was founded in 1060 by Matilda of Flanders, William the Conqueror’s wife.
William married Matilda in 1052; however, their marriage was the subject of much controversy for reasons of consanguinity. Consequently, Pope Leo IX and the Church opposed their union, then the Pope excommunicated the couple.
The successor to Leo IX, Pope Nicholas II, finally granted them pardon, provided that they found four hospitals and two abbeys.
William therefore founded the Mens’ Abbey in Caen, devoted to Saint Stephen, and Matilda had the Ladies’ Abbey built, devoted to the Holy Trinity. The latter was consecrated on the 18th of June 1066.
During their lifetime, the couple expressed their wish to be buried in the abbeys they had respectively founded and their wish was granted. Today, the Ladies’ Abbey is home to Matilda of Flanders grave. She was buried there in 1083.
Located in the choir of the abbey-church, it is covered with a black marble slab.

The Ladies’ Abbey through the centuries

Over the centuries, the Ladies’ Abbey welcomed Benedictine nuns. They were in charge of educating young girls from noble Norman families.
The convent’s most famous resident was Charlotte Corday. She left her mark on French history by assassinating Jean-Paul Marat on the 13th of July 1793.
In August 1792, in the throes of the French Revolution, and although the cloister was still under construction, the Benedictine nuns were forced to flee the Ladies’ Abbey and the building was then used as barracks, the church serving as a fodder warehouse.
In 1823, the abbey regained its original use to welcome Augustinian nuns. It was later transformed into a general hospital then, in 1908, became the Saint-Louis hospice.
In 1865, major renovation work was initiated.
During the Second World War, whilst the town of Caen was razed to the ground by the bombardments, the Ladies’ Abbey only suffered minor damage.

The Ladies’ Abbey in Caen today

In1983, following the abbey’s purchase by the Normandy Regional Council, further major work was undertaken.
Today, the people of Caen appreciate the possibility to freely stroll through the Ladies’ Abbey gardens and to come and admire the regularly hosted exhibitions. Guided tours of the abbey and the abbey-church are also organised. In particular, they offer a fascinating insight into the site’s remarkable architecture. 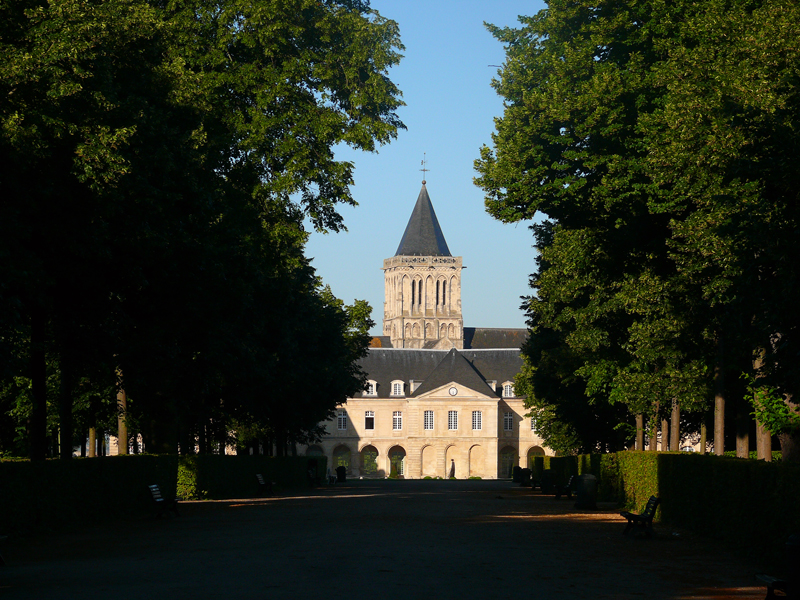 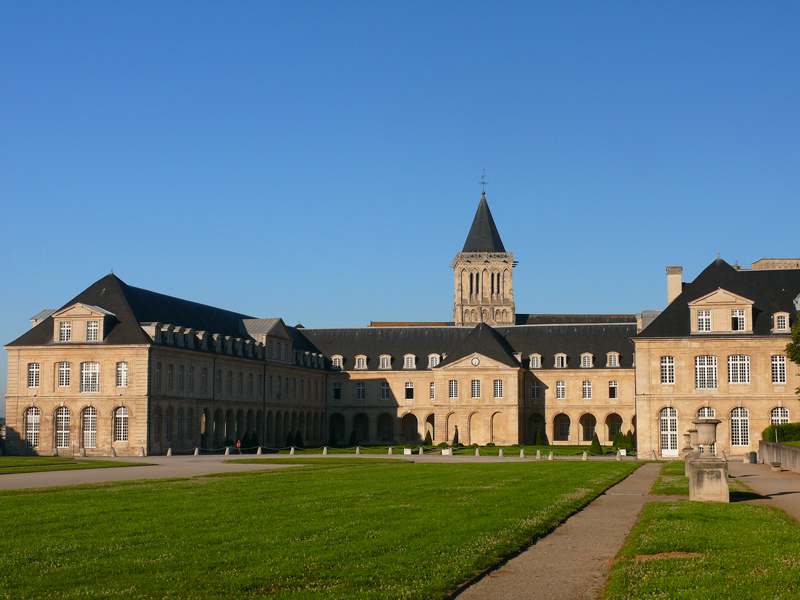 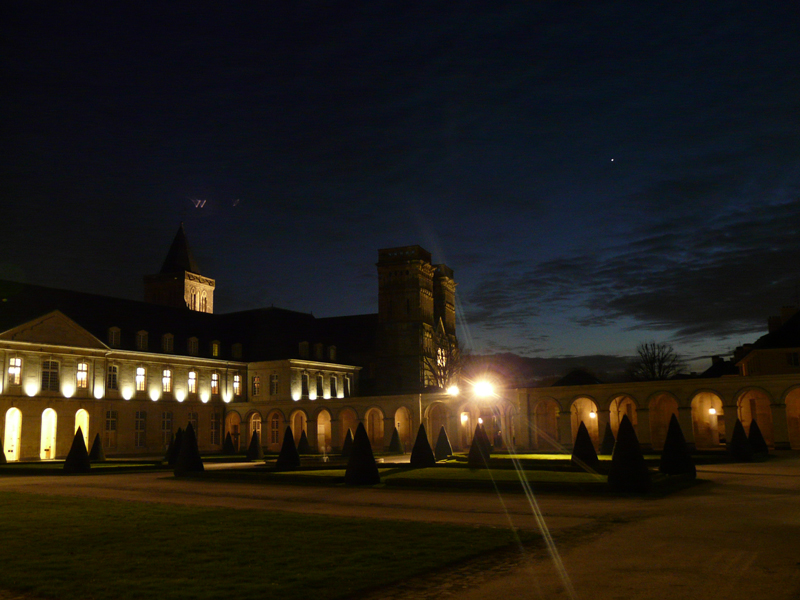 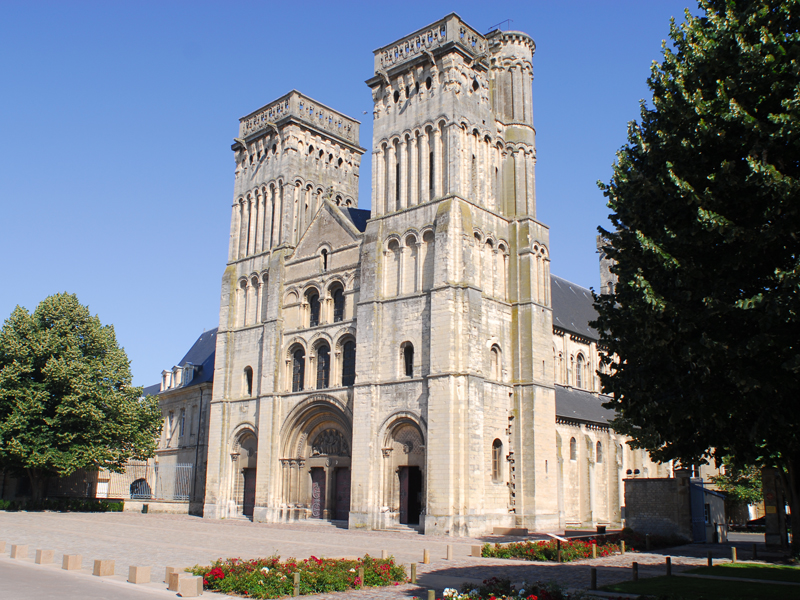